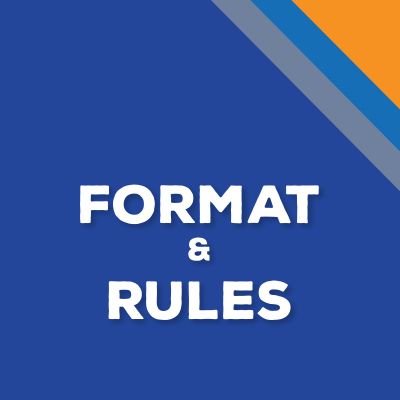 As of June 20th there are 24 registered national teams while a team of Ukraine is still working on their participation and considering the ongoing war conflict in their country WFDF has agreed to grant them additional time to confirm their particiipation. At the moment, the format of the event is created as if 25 teams, including Ukraine, will join the event, while this format can be adjusted for 24 teams, in case that Ukarine will not be able to join.

Full list of registered teams and their World ranking can be found at the Teams page.

FORMAT
There will be 2 x18 hole courses available for the event. Each course will have 2 x 9 hole circuits for Round 1.

Every Round of the Championships will be played using modified Alternate Shot Matchplay Doubles and Matchplay Singles. Before a round starts each doubles team will nominate which player will tee from which holes. In 9 hole matches one player will nominate teeing from 5 holes and the other player from 4. In 18 hole matches each player will be nominated to tee from 9 holes each. These will be recorded on the scorecard for the match before it starts.

• Round 2 - Thursday  pm. All mathches are played on 18 holes.
Top 4 teams in each Pool progress to the top half of the draw and start knockout phase.
The remaining teams are placed in 2 Pools with the teams finishing 5th in their Pool and the highest points team based on points won in Round 1 finishing 6th playing for places 17- 21 in  Pool E. The remainder of the teams will be in Pool F and play for places 22-26. Games will be either 9 hole or 18 hole matches. Format for pools E and F can be downloaded as a PDF file on this page.

Round 1
Format of Play for Round 1 - Players and Divisions

Games in Round One
Schedule of Play will be published on a separate page in early July where every game will be listed.

All Format options were drawn randomly for each game ensuring no bias towards any team or seed. As far as is possible to judge before the event there is no advantage for any team in playing a specific set of formats on specific courses.

Rules for Team selection
30 minutes before each Game is due to start the Team Captain shall register the players chosen to play for that round.

Where teams have registered more than 6 players they can substitute those players into any match in any Game as long as they meet the criteria for the Divisions in which they play. FPO and MP40 players may play in MPO as long as the criteria for those divisions are also met. All MPO and FPO players will be seeded according to their PDGA rating relative to all other MPO and FPO players from their team who are chosen to play in a specific match. If an MPO, FPO or MPM player does not have a PDGA rating they will be allocated the 75th centile rating from July 15th 2022.

This format allows all teams to have a minimum of 5 matches in Round One (1) and a minimum of 9 in the event. Medallists will have played a minimum of 10 matches by Saturday afternoon. Each player also gets to play with every other member of their team in Doubles throughout the event and plays a minimum of 3 times in Singles and 7 times in Doubles. It also allows for the substitutions (as described above) to be made by teams that have more than the minimum 6 players in their squad.

WFDF Disc Golf Committee believes this is a unique format that meets the standards of Inclusion and Equality expected of its organisation.

Points System
Every match in each game is important and points will be awarded so that all players are rewarded for their own individual and team efforts.

Points are awarded for every game. Results for Round 1 will be an accumulation of points against all teams in all games in their Pool to decide the Matches for Round 2.

All Games Singles or Doubles - will be worth 2 pts for a win; 1 pt for a draw.

So every Game in Round 1 has a potential of 8 points per team.

The Points system will also be used in all further Rounds to decide on how a team progresses through the event.

Format for Round 2 Games
Top 4 teams from each pool progress to play for places 1-16 in a knockout format.

Schedule of Play for Round 2

If Teams are tied on points at the end of Round 4 then the tie-beak procedures will come into play with Match-play scores in Doubles used first. If still a tie then scores in Match play in Singles will be used. If still a tie then a play off will be held between the MP40 players from Round 4 starting on hole 1.

At the end of Round 5 should teams be tied then the tie-break procedures will be used where necessary. If still a tie then a play off will be held between the MPO1 players from Round 5 starting on hole 1.

Round 6
Finals Saturday 13.00
Round 6 will be at 18 hole Final to decide World Team Disc Golf Champions and Medallists for 2022.   All previous rules on points and Tie-breaks stay the same.

Schedule of Play for Round 6

This Final will be a Golf Start from Tee 1.
Singles will be straight Matchplay and Doubles will be modified Alternate Shot.
Both Singles matches will play off the same tee. Doubles 2 & 5 will play next followed by 1 & 4.

At the end of Round 6 should teams be tied then the tie-break procedures will be used where necessary. If still a tie then a play off will be held between the FPO1 players from Round 5 starting on hole 1.